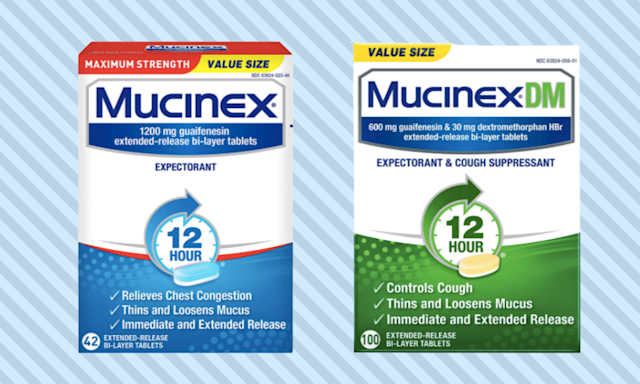 Although pregnancy can be an exciting stage of expectancy for your baby; it does have its downsides.

When you’re pregnant, you tend to have nausea, headaches, exhaustion, stuffy nose, cough, and many related symptoms that can be uncomfortable to bear.

During this stage, you should not always rely on the same drugs as others because your condition is special.

One major example is in the treatment of cough by Mucinex which makes everyone ask “is Mucinex safe during pregnancy?”.

There are several over-the-the-counter (OTC) cold treatments of which Mucinex is among. The types are Mucinex D and Mucinex DM.

However, is it safe for you to take Mucinex for cough remedy while pregnant? You’ll get the answer in this article. You will also know the dangers and best time to take the drug. Buy on Amazon – https://amzn.to/3dadyZz

Mucinex also known as guaifenesin is an over-the-counter drug treatment for cough. It operates by thinning out the mucus in your nasal passages, and throat. It also allows for easier coughing and clearing of airways by loosening and thinning mucus in the lungs.

Is Mucinex safe during pregnancy?

There’s not enough research to determine if taking Mucinex while pregnant is safe or not. According to the Food and Drug Administration, Mucinex may pose a risk during the first trimester of pregnancy.

You should avoid Mucinex during the last two trimesters of your pregnancy since there’s not enough evidence on how it affects a growing fetus.

Studies on the drug’s safety for pregnancy is still in process. As a result, it’s not advisable to use the drug to treat cough. Before using any Mucinex, always consult a physician or midwife.

Mucinex is considered a category C pregnancy drug by the Federal Drug Administration (FDA), which means you should avoid it due to insufficient research studies.

In certain situations, your doctor may allow you to use Mucinex during the second and third trimesters of your pregnancy if the advantages exceed the dangers.

The pseudoephedrine in the drug plays a role as a decongestant. It reduces nasal congestion by reducing the size of the tiny blood vessels in your nasal passages.

The American Academy of Family Physicians asserts that Pseudoephedrine may cause birth abnormalities if you use it during the first trimester of pregnancy. It is best to stop refraining from utilizing it at such time.

Dangers of taking Mucinex during pregnancy

There haven’t been enough studies clarifying the hazards of Mucinex during pregnancy.

According to some studies, Mucinex may cause birth problems in the first trimester, although the study is not thorough enough to declare whether Mucinex causes birth malformations.

What is the ideal time to take Mucinex?

You can resume taking Mucinex after childbirth. This is because you no longer share a bloodstream with your baby after the severing of the umbilical cord is severed.

Mucinex’s usage in nursing is unknown, much like during pregnancy. Ask a healthcare practitioner whether this drug is safe for you or if you should look for an alternative. You should take this drug only when required at the lowest possible dose and for the shortest possible time.

Alternatives to taking Mucinex during pregnancy

If you are pregnant with a cough, it is best to avoid using Mucinex. When pregnant, there are a few safe methods to deal with coughing.

When picking a cough treatment during pregnancy, look at the components. Several formulae are available from the same brand, some of which are safe and others that should be avoided, depending on the brand. Dextromethorphan and guaifenesin are not safe during pregnancy.

When it comes to coughing suppressant effectiveness, honey outperforms dextromethorphan. You can include it in your diet like spreading it on a piece of bread.

The Mucinex drug acts by thinning one’s mucus thereby allowing more airflow into the nostrils. However, you can mimic this treatment using warm water.

When using warm water to relieve a cough, drink it as much as possible until the symptoms subside.

Drinking hot water and taking dextromethorphan or eating honey together is the best combination for treating any type of cough during pregnancy. Therefore, avoid Mucinex because it is not good for expectant mothers.